Subscribe to the Folsom POA Newsletter list to receive all the latest updates on news, events and more!

Thank you! Your submission has been received!
Oops! Something went wrong while submitting the form.
Join Our Newsletter



Detective Scott Somersett began his Law Enforcement career with the Folsom Police Department in 2015. He has worked a variety of assignments including Patrol, SWAT, and Drug Recognition Expert. He is currently assigned to the Criminal Investigations Division with his partner K9 Dexter.

Sergeant Brandon Monsoor has been a Peace Officer for 12 years where he started his career with the Alameda County Sheriff’s Office. 10 years with Folsom Police Department, he has held a number of positions within the department, most notably Detectives, SWAT, training officer, and now the rank of supervisor.

Officer Patrick Thibeault began his Law Enforcement career in 2014 with the Belmont Police Department. He has served with the Folsom Police Department since 2017. Officer Thibeault has worked a variety of assignments including Honor Guard, Crisis Negotiation Team, Field Training Officer, and Firearms Instructor. He is currently assigned to the Operations Division as a Patrol Officer.

Dispatcher Ashlee Antonelli began her career with Folsom Police Department in 2018. Prior to her career she volunteered for a non profit in Napa County after receiving certification as a Domestic Violence and Sexual Assault Counselor. Professionally she has served as the Judicial and Executive Administrative Assistant for Yolo Superior Court, as well as a Legal Process Clerk for the Solano County District Attorney's Office Felony Division. She is currently one of the Communications Training Officer's in dispatch.

Dispatcher Ashley Shunta began her career with El Dorado County Sheriff’s Office in 2016 and has served Folsom Police Department since 2019. She holds a Bachelor of Science Degree in Criminal Justice from CSU Sacramento, and is currently a member of the Crime Scene Investigation and Tactical Dispatch teams at Folsom PD.

Corporal Paul Rice began his career with the Amador County Sheriff Department, but soon realized that Folsom was the place to be. With 14 years of service to our city, Corporal Paul Rice has held positions within our Motor Traffic Unit as well as a Field Training Officer. He currently instructs our police department in the areas of firearms and less lethal application, is an operator of our SWAT team, is the department training coordinator, and is currently a supervisor in our patrol division.

Officer Matt Stone has been a police officer for over 12 years where he began his career with the Fremont Police Department. Wanting to focus more on family and work for an agency which promotes quality values, Officer Stone came to the Folsom Police Department in 2021 with 6 years of detective experience. Currently, Officer Stone is assigned to the patrol division, but also works as a Public Information Officer for the department. He enjoys being an active role within the community and working to enhance community relations.

Join Our Newsletter
Sign up to receive updates about news and upcoming events from Folsom POA
Thank you! Your submission has been received!
Oops! Something went wrong while submitting the form. 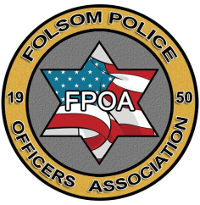